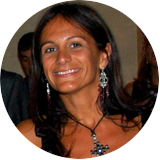 Director Venice Style Magazine
She graduated in Foreign Languages and Literatures from the University of Padua, she is a journalist since 1995. She wrote for Il Gazzettino, historic daily newspaper of Veneto, for over 10 years. In 2001 she founded Gotha, a free press common in Veneto that she leads for 12 years and in 2004 she became Managing Director for Billionaire Magazine, the famous Flavio Briatore’s club in Costa Smeralda review. At the same time she has been PR and Press Office for international fashion brands, art and motors. She has worked for the film industry as well, as production assistant.

Read all the articles by Alessandra Cicogna 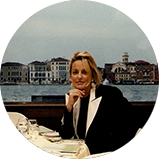 Venetian, lawyer, mother of three daughters, she has two big passions:cooking and fairy tales. She wrote Pappe da Favola (Premio Bancarellino 1995), Giochi, Burro e Marmellata, Mangia che ti racconto, Che cosa c’è di buono?, Due e Mila e la Santa Porta, Secondo Pappe da Favola (2001) and the following Pappe Magiche (2008), all published by Sperling&Kupfer. With Larus she published Signor Sveglia e Signor Sonno, a nice fairy tale with a didactic aim.
She also has written a novel, Dichiarazione d’Amore a Venezia, a love story which takes place in Venice. She has a column on the review Venezia Excellence.
Her last book, I Menù delle Feste, published by Coccinella, is about many delicious and typical recipes belonging to the Harry’s Bar, the famous family restaurant where she works with her father from over 10 years.

Read all the articles by Carmela Cipriani 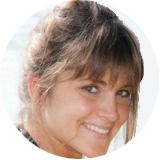 The 23-year-old Thea was born in Venice, where she lived up to the age of 14. She graduated in Public Relations and Business Communication from IULM in Milan. She is a real international Venetian, she spent her life in Punta del Este, Uruguay, from the age of 14 to 17 with her family. Since two years she works in Milan for an important fashion brand, but of course she loves the city where her ancestors for generations played a great role – Francesco Foscari was the 65th Doge of the Serenissima. The love she feels for Venice is in her DNA, together with the passion for learning, travelling, and telling stories.

Read all the articles by Thea Foscari 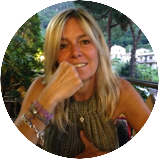 Born in Vicenza she spent her university age in Venice, where she graduated in Foreign Languages and Literatures from University Ca’Foscari.
During the years she works as a PR for conventions and sport exibitions connected with motors. From 2005 she is involved in Corporate Communication for the company FIAMM in Vicenza. She is fond of journalism and for 8 years she has been co-operating with the magazine Gotha, in which was a partner.

Read all the articles by Francesca Dolcetta